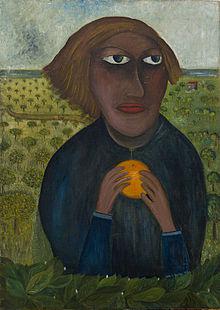 The Promised Land: Utopia and Dystopia in Contemporary

The conference is hosted and funded by the Postcolonial Literatures Research Group of the Open University, with additional support from the British Jewish Contemporary Culture research network, Bangor University and the University of Winchester.

Judaism can be seen as a utopian religion: the Promised Land will be an ideal place and the messiah will bring about an ideal world. Read as literature, the Bible offers one of the principal sources of utopian thought in Britain and the Western World. Judaic utopianism has become British through the cultural practice of imagining Jerusalem in these isles. It is such a conjunction of Jewish and British cultural utopias, in contemporary British-Jewish culture, which this conference proposes to explore. Challenging utopia, there is also a British-Jewish imaginative paradigm of dystopia. This has existed, in particular, since the advent of modern European antisemitism with the Dreyfus Affair and continued in the wake of the Holocaust.

Topics addressed: utopias of assimilation, Zionism, modernism, liberalism, communism, aesthetics, domesticity and romance; dystopias of antisemitism, communism, Nazism, the Holocaust and contemporary Britain, and the overlap of these utopias and dystopias.

The conference will be held on Thursday 23 July 2015 at the Open University London Regional Centre, Camden, and lunch will be provided. In keeping with the Open University’s founding commitment to social equality and accessible education, there will be no registration charge. It is planned to publish the proceedings.

To book: one of the limited number of places, please register for the event no later than Tuesday 31 March 2015. Proposals (no more than 500 words) and a one-page CV should be sent to: britishjewishcontemporarycult@gmail.com. For further information, please contact the conference organiser: p.j.lawson@open.ac.uk